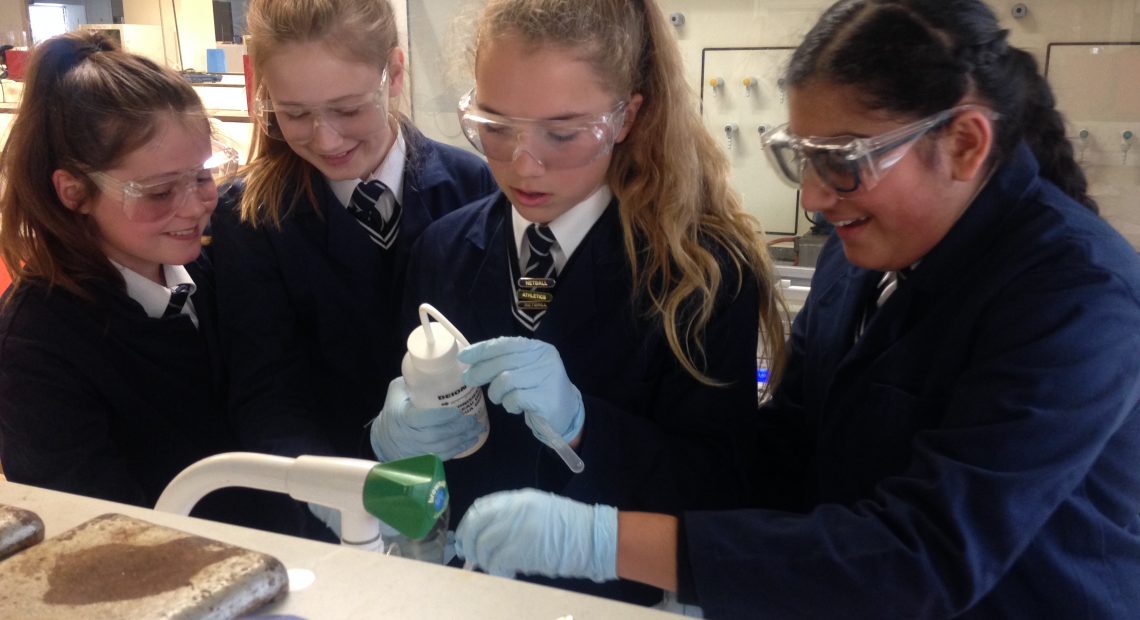 Four pupils from Year 8 in St Catherine’s were lucky enough to attend the Annual Salters Institute Festival of Chemistry at University College London on the 19th April.

Twelve schools, in all, from across London were taking part in the Festival. The pupils from the different schools were shown to the Laboratory where they would attempt the “Salters Challenge”. Their task was to solve a theft crime using chemical forensic techniques. The pupils had nearly two hours to use Chromatography and various Precipitation Reactions to help them reveal the identity of the thief. They put on their Lab coats and safety specs and quickly got down to work. To their credit, the St Catherine’s pupils put in an excellent performance and learned a lot of Chemistry through their efforts.

In the afternoon it was time for the University Challenge. The different school teams had to create a “chemical clock” by reacting different concentrations of Sodium Thiosulphate and Hydrochloric Acid. The aim was that the chemical clock would cause a colour change to occur exactly 60 seconds after the chemicals were mixed. Through careful dilution of the chemicals, the St Catherine’s pupils managed to get the colour change to occur at 60 seconds. This was an excellent achievement.

After this, the pupils attended a “Chemical Magic Demonstration” by the well-known Professor Andrea Sella at the Lecture Hall. It was a fun lecture on solids, liquids and gases. He did many amazing things including using solid carbon dioxide and body heat to inflate flat balloons. The Professor finished by making instant ice cream using liquid nitrogen gas to freeze the cream which he then shared with the audience. Needless to say, this was an instant and delicious hit with the pupils and their teachers!

There followed an Award Ceremony. The girls were absolutely delighted to receive 1 st Prize. It was a considerable achievement considering they had to beat 11 other schools. They received a team prize as well as individual certificates and congratulations from Dr Palgrave. On the train home pupils agreed with me that it had been a very enjoyable and worthwhile day out.
Mr Blake