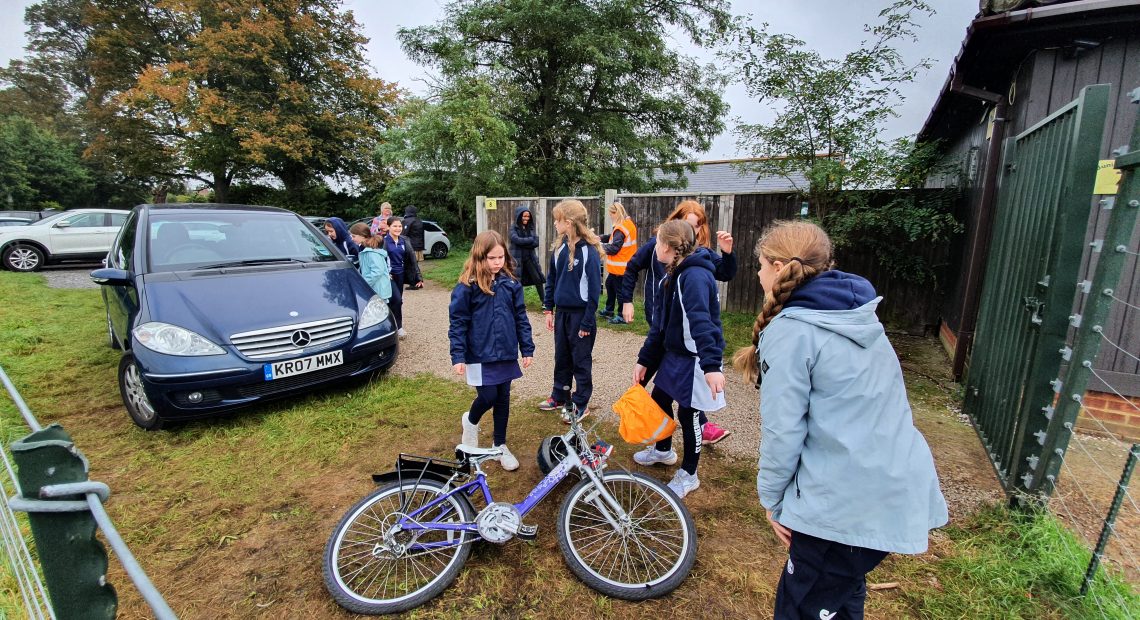 Year 6 went on a trip to Hampton Wick Cricket Club in Bushy Park to take part in the Junior Citizen Scheme – working in partnership with Transport for London, the London Fire Brigade, the Port of London Water Authority, the London Ambulance Service, the Royal Parks and the Metropolitan Police.

Working in teams, the pupils visited multiple scenarios to have a hands-on opportunity to learn how to look after themselves and others around them in various real-life scenarios. One of the favourite activities of the day was pretending to be a detective at a traffic collision scene and trying to work out who was at fault between a car and a bicycle. The biker was injured and the pupils had to find clues to what caused the collision. In the end, it was decided that it was the car’s fault, but the cyclist did not help themselves by not wearing a helmet, nor having a roadworthy bike.

Other activities included stranger danger, where a lady approached the girls to ask for help in finding her daughter. It turned out to be a police officer just acting! Other skills learned were how to be safe in and around the water thanks to the RNLI, what to do if there is a fire, basic first aid and
how to use 999, as well as using public transport safely. A special thanks to all the service members involved. Year 6 had a fabulous time!

Categories: Prep School General
Pastoral Care
Sixth Form
The Sixth Form at St Catherine’s is a place of academic rigour, where girls are encouraged to develop their thinking and to stretch themselves. At the same time, we offer a supportive and nurturing environment.