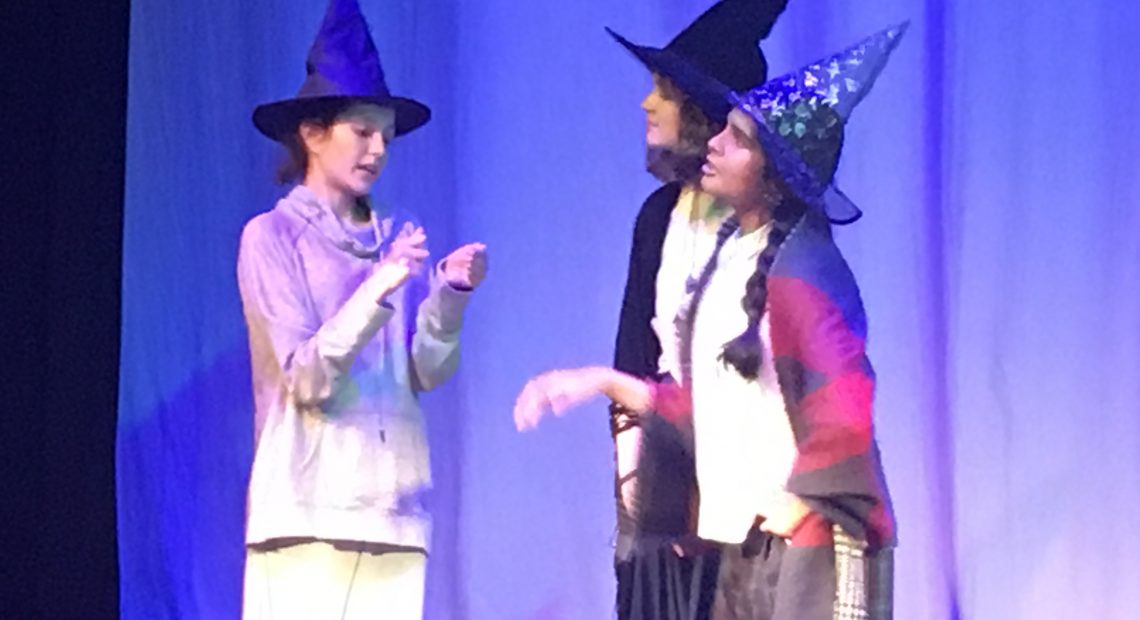 On Tuesday 18th June, Year 9 and 10 Drama students performed an exciting production of TerryPratchett’s ‘Wyrd Sisters’. Loosely based on ‘Macbeth’, and adapted for the stage by Stephen Briggs, the story revolves around three witches
(opinionated Granny Weatherwax, down-to-earth Nanny Ogg and the younger, very naive Magrat Garlick) and their quest to avenge the wrongful death of the old king, restore the rightful (well, ish) heir to the throne and, most importantly, carry on not paying their taxes to the evil duke.

The cast performed admirably, really bringing out the quick-witted comedy of the piece, and ensuring that the audience had a hilarious time. The cast and crew worked extremely hard, putting the whole show together in just under a month. They battled water shortages and Duke of Edinburgh expeditions (whoever said that Macbeth was cursed?) to put on a professional and impressive show.

Mrs Gillies and Miss Collett had a wonderful time putting the production together and would like to thoroughly thank all the cast and crew for their commitment, energy and talent. It was very exciting to perform in a professional working theatre, and the audience were, quite rightly, left spellbound!