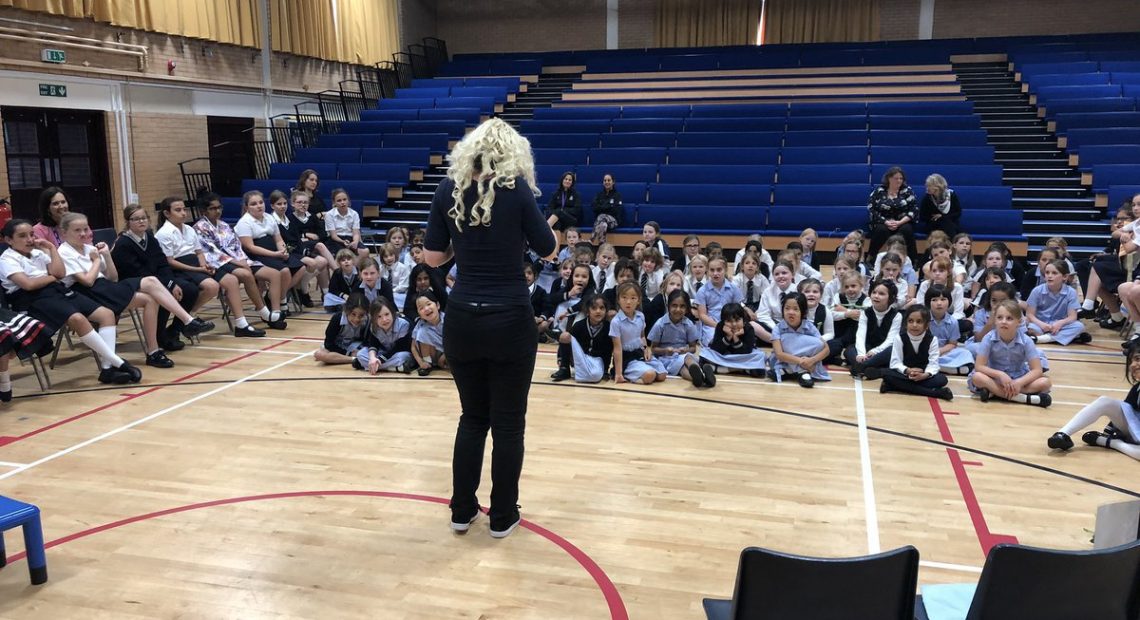 The Senior pupils took part in a range of cultural and linguistic activities during the afternoon. The Year 7 and Year 8 pupils firstly completed a European language and culture quiz in tutor groups. Several groups demonstrated considerable knowledge of European geography and were able to decipher a number of foreign language phrases for which there are no direct English translations. They now know that every time they think of a witty retort when it is too late, they are experiencing l’esprit d’escalier; that if someone were to take pleasure in another person’s misfortune, they would be enjoying (one hopes not genuinely) the sensation of schadenfreude; and that they might appreciate a lengthy sobremesa at the end of a nice meal.

They then went on to an interactive performance of Les Trois Mousquetaires, in which many of them took to the stage to play the roles of Porthos, Athos and Aramis, and even D’Artagnan’s horse. The Year 9 pupils competed in teams of 6, using their language skills to crack a series of French, Spanish and German lateral thinking puzzles as part of a treasure hunt that led them to a mystery prize. Team Colombia eventually found the treasure and earned themselves a bounty of sweets for their efforts. The Year 10 and Year 11 pupils went to a series of dance and language workshops. Each tutor group went to three sessions out of a range of activities including Flamenco, Salsa or Ballet dance workshops and Russian, Polish, Italian or Latin language classes.

All Year groups appeared to have a good deal of fun. In addition, they have expanded their horizons enabling them to better understand and appreciate both the similarities and differ- ences between the culture of Britain and that of other countries in Europe and around the world.

Categories: Sixth Form Senior School Prep School
Pastoral Care
Sixth Form
The Sixth Form at St Catherine’s is a place of academic rigour, where girls are encouraged to develop their thinking and to stretch themselves. At the same time, we offer a supportive and nurturing environment.

020 8891 2898
020 8744 9629
info@stcatherineschool.co.uk
Sitemap | Privacy Policy |
Print View | Standard View | High Visibility
View Map
We use cookies on our website to give you the most relevant experience by remembering your preferences and repeat visits. By clicking “Accept All”, you consent to the use of ALL the cookies. However, you may visit "Cookie Settings" to provide a controlled consent.
Cookie SettingsReject AllAccept All
Manage consent