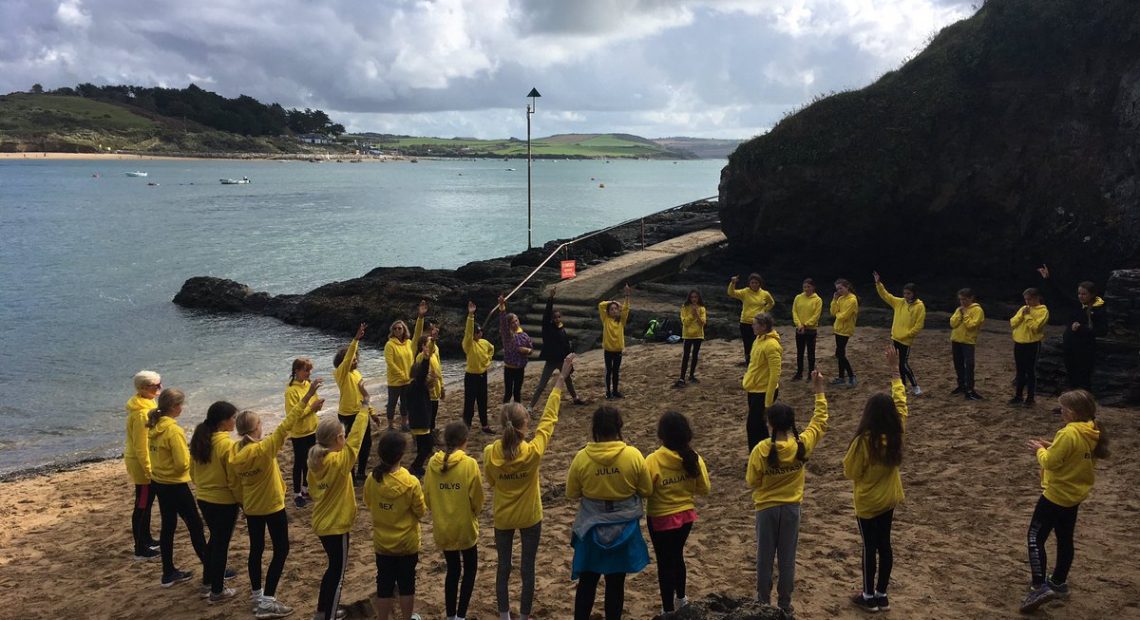 On 20th October, 38 excited, yellow hoodie-clad girls gathered at London Paddington, ready for a week of adventures. When we arrived at Bodmin Parkway, we were met by the Manor House staff, and whisked off to our new home: an 18th century manor house in St Issey, Cornwall.

Tuesday was another lovely day, with the groups spending half the day rock climbing and the other half enjoying the Barbara Hepworth Museum and Sculpture Garden (and some shopping!) in St Ives. The girls did some sketching, inspired by being in Hepworth’s own gallery. They also found time for the first pasty of the week! Rock climbing was a challenge, but good fun, and all the girls felt a real sense of achievement as they clambered over the top. One group was even lucky enough to see a pod of dolphins as they waited to climb! The marine theme was continued into the evening as we had a private tour of Blue Reef Aquarium, spotting plenty of marine life from coral to crocodiles!

Wednesday was another active day and the sun was out for paddle boarding and sea kayaking. The girls had a great time and really showed their resilience as they learnt new skills or built on those they had developed already.

Thursday was another busy day as we headed off as a whole group to the cycle shop to get fitted for our bikes. We cycled the Camel Trail from Wadebridge to Padstow, enjoying the sunny weather and learning some local history. We stopped for lunch on a beach and played some games on the sand before continuing on. Once we arrived in Padstow, it was free time for souvenir shopping, more pasties, and crab fishing! That evening we headed off to a swimming pool for a private session, and the girls wore themselves out with some raucous games.

On Friday morning we visited the Eden Project, huge biomes which house the largest rainforest in captivity. We learnt a lot as we wandered around, and were also lucky enough to see some owls which had come to visit from the Owl Sanctuary! After a busy session it was time to get on the train back to London Paddington. Yet again, the girls’ behaviour on the train was exemplary. Everybody was reunited at the station and headed home to enjoy the second week of half term. Another fantastic trip was finished!

Categories: Senior School Trips General
Pastoral Care
Sixth Form
The Sixth Form at St Catherine’s is a place of academic rigour, where girls are encouraged to develop their thinking and to stretch themselves. At the same time, we offer a supportive and nurturing environment.