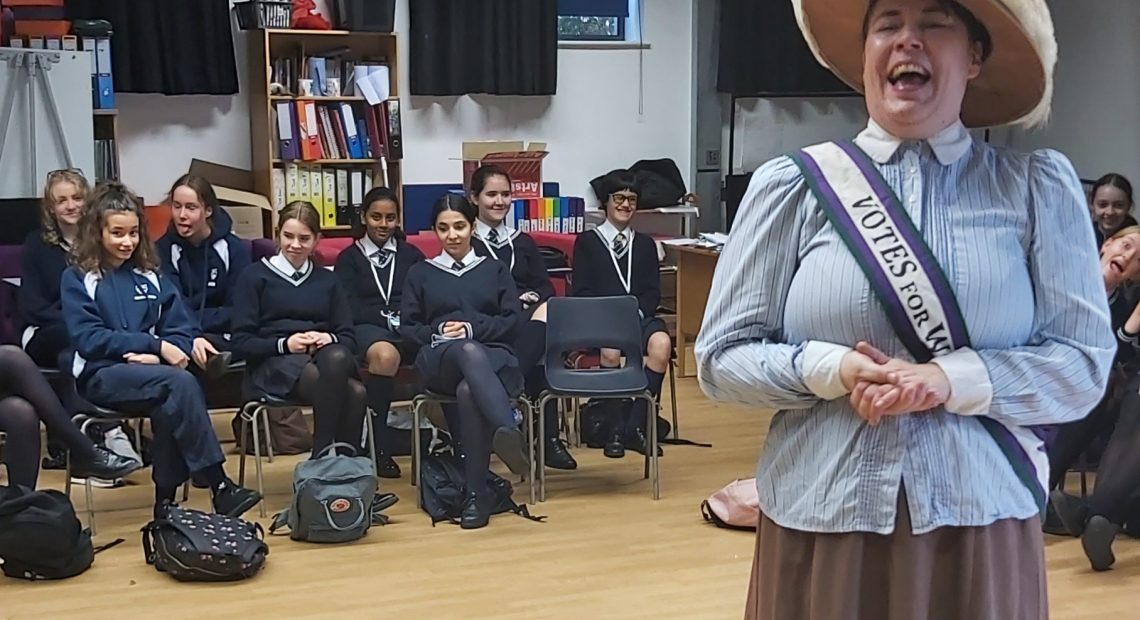 In Year 9 History we have been studying the path to Democracy. The latter half of our studies have focused on the campaign for women’s suffrage. In class the girls have learnt about the imbalance of power between the sexes under British law in the nineteenth century and how both the Suffragette and Suffragist movements campaigned for the vote in the decades preceding World War I.

On Friday 27 November, the girls were treated to a visit by a living historian from the Museum of London who spoke to them as Kitty Marion, regaling the girls with tales of her actions as a suffragette. Kitty’s story is a fascinating account of music hall performances, arson, imprisonment, hunger strike and other acts of what the suffragettes termed ‘direct action’.

The girls were deeply impressed by Kitty and, when asked at the end of the performance, if they were supporters of Millicent Fawcett or Emilene Pankhurst, they were almost all in favour of team suffragette. Following their meeting with Kitty the girls took part in a classroom based plenary activity and after lunch they watched the recent film, Suffragette. It was great to see Year 9 so fired up and inspired by the actions of some of the twentieth century’s most impressive female historical figures.