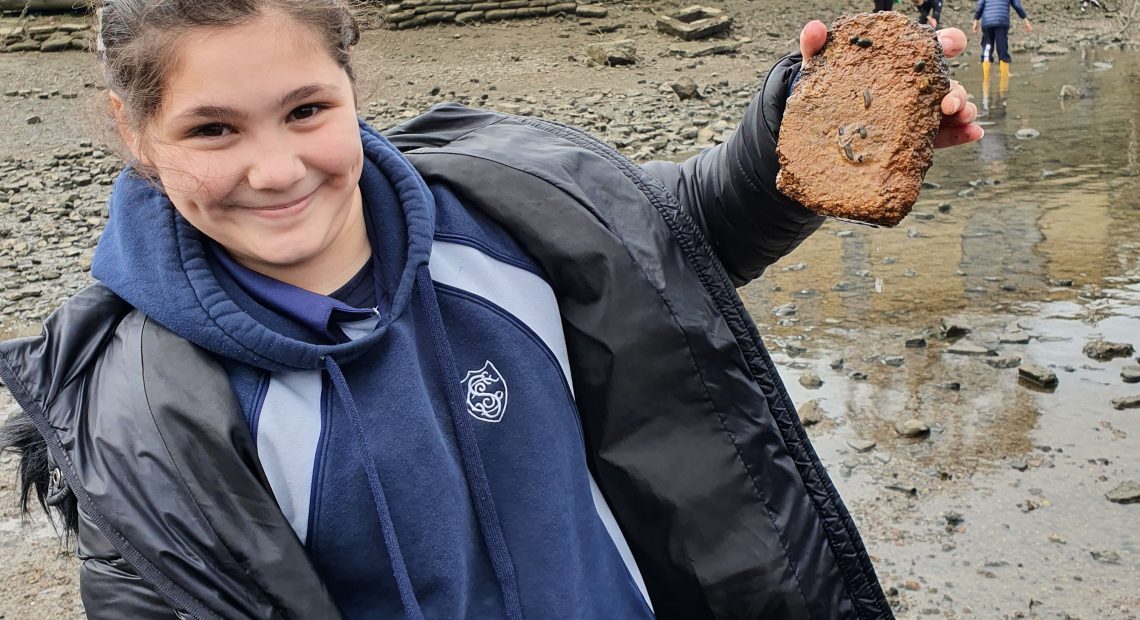 The Thames Explorer trip was very enjoyable. We did so many different experiments to do with the river. Our first impressions of the water were dirty and muddy; there were loads of birds and there was some plastic waste on the foreshore.

One of the first experiments we did was to throw dog biscuits into the river to see how fast the current is. The seagulls kept trying to get the dog treats so we all had to pretend to be a dog and bark. After that, we tested the cleanliness and pH level of the water by putting litmus paper into a bucket of river water. Luckily the water measured at 6 so it showed it to be neutral meaning that the river water wasn’t polluted too much.

We also found out that the water was actually clear and that it was the mud from the river bed that made the water go brown. When we tested the temperature in the water it was 10 degrees and the air temperature was 15 degrees. As a group we scored the river a 4 out of 5, because it wasn’t that polluted.

We also went water dipping for different river animals such as finding fresh water shrimp, water snails and clam shells. Some people also found small leeches. Mrs Baylis was a bit squeamish and wasn’t too keen on collecting leeches with a net; there was a lot of squealing.

Afterwards, we learned about how humans had built over the natural river and how much waste, oils and chemicals were put into the river in the olden days. We also learned about the Great Stink and how Joseph Bazalgete told people how to save the River Thames by making a sewage system to clean the water. Although the River Thames isn’t perfect, it is so much better than it was before and I can’t imagine what it would be like if Joseph Bazelegate hadn’t been alive. Ava and I both rate this trip a 10/10.

Categories: Trips Prep School General
Pastoral Care
Sixth Form
The Sixth Form at St Catherine’s is a place of academic rigour, where girls are encouraged to develop their thinking and to stretch themselves. At the same time, we offer a supportive and nurturing environment.